After filling the trench with rock, we constructed wooden forms into which the concrete was poured to form the bond beam. After allowing the concrete to dry overnight, we laid two courses of Faswall blocks (Insulated Concrete Forms). We left space unlaid with Faswall on the two ends of the foundation. This part of the foundation wall will be stacked with stone. We didn’t get to finish the stone-laying this week. We plan to do that when we have some time in the 3rd week. 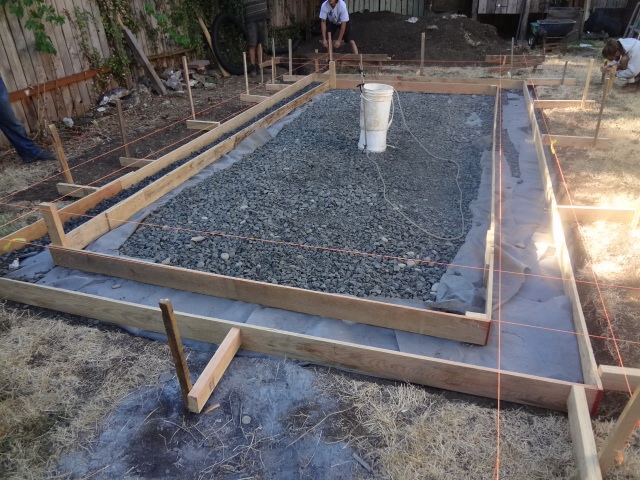 Laying out the forms for the concrete bond beam. Note that the trench and inner area have all been covered with a top layer of crushed rock. 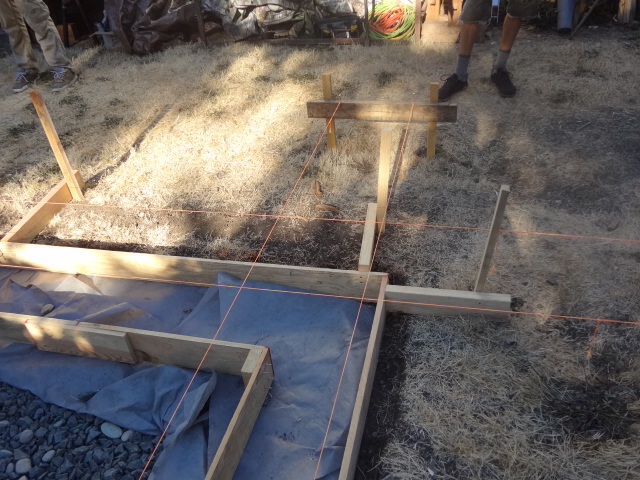 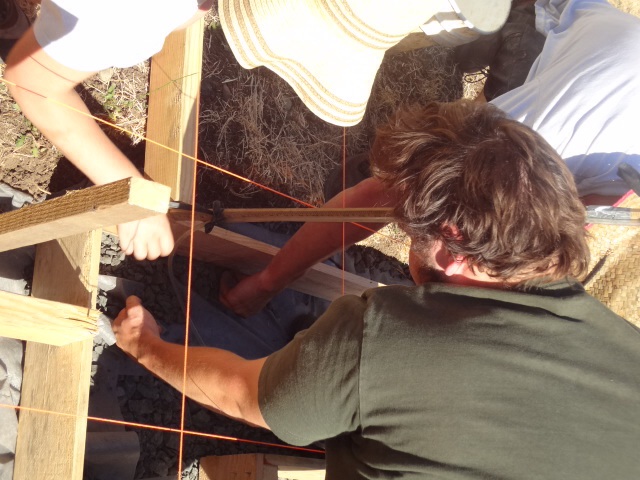 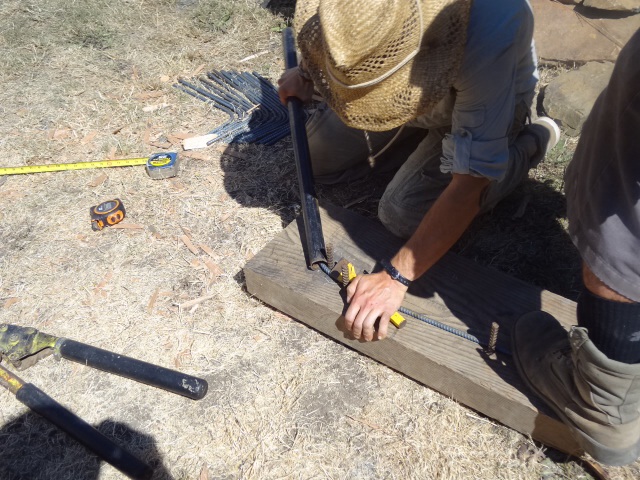 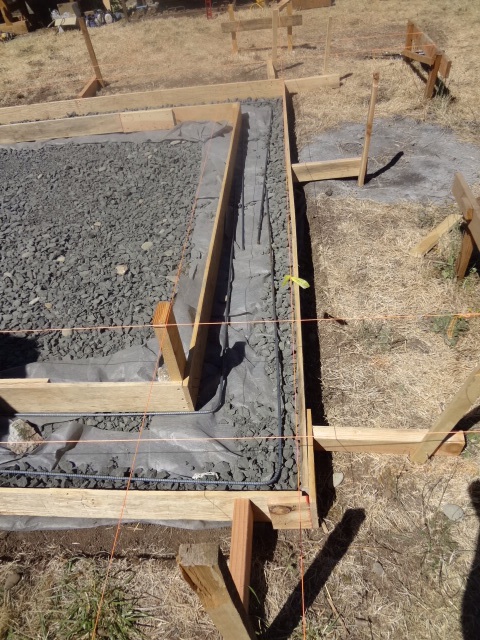 Laying rebar between the forms. Note overlap of several feet between ends. 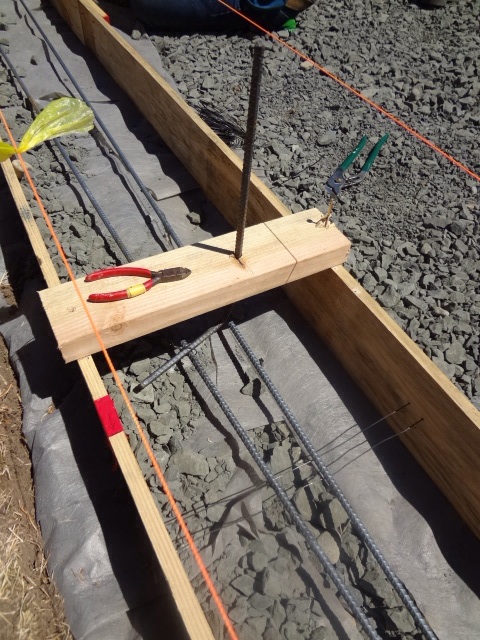 Every 3-4ft, wire is run perpendicular through the forms to hold up the horizontal rebar. Every ? Inches, 2×4’s with vertical rebar (?) are attached across the forms. The vertical rebar will protrude into the space of the ICF blocks (Faswall blocks) that will be placed on top of the bond beam. 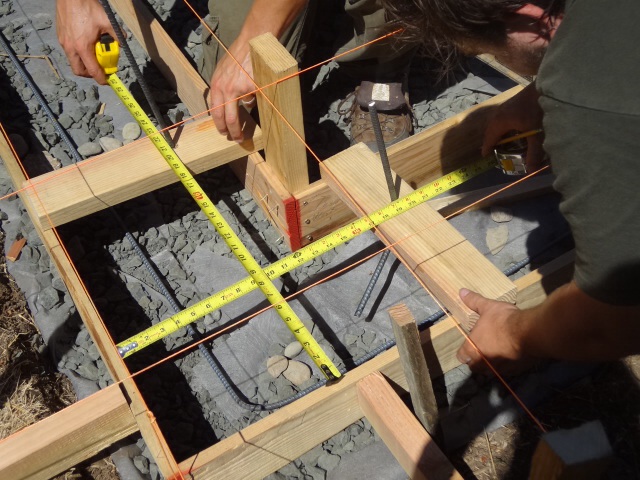 Measuring the correct placement of crossbars, so vertical rebar will be aligned with spaces in Faswall blocks 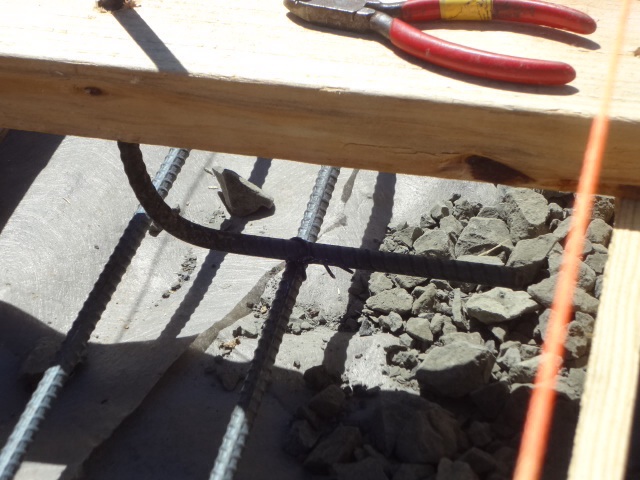 Rebar pieces are attached together with wire 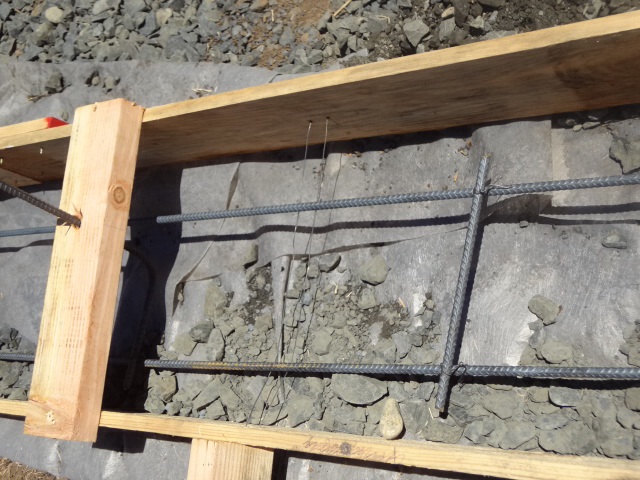 Every 4ft or so (?), additional small horizontal rebar placed perpendicularly. These are also tied together with wire. 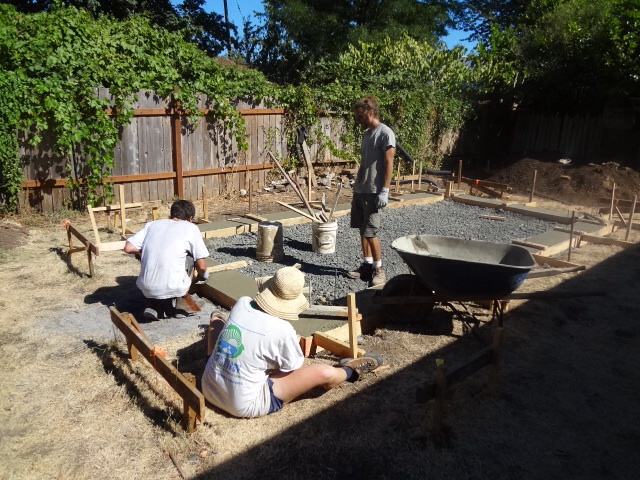 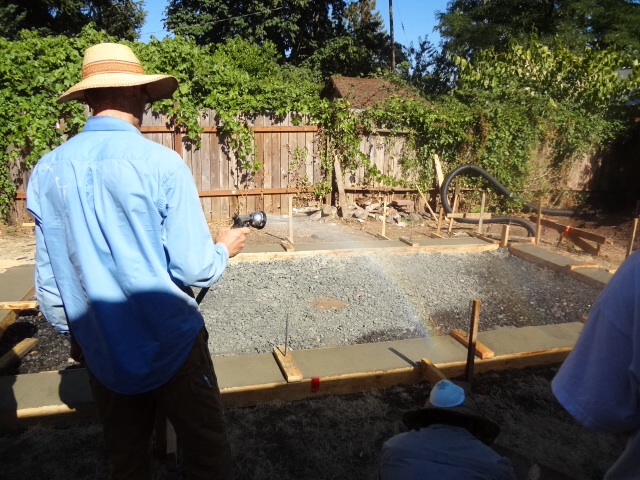 Spraying down concrete so it cures slowly overnight 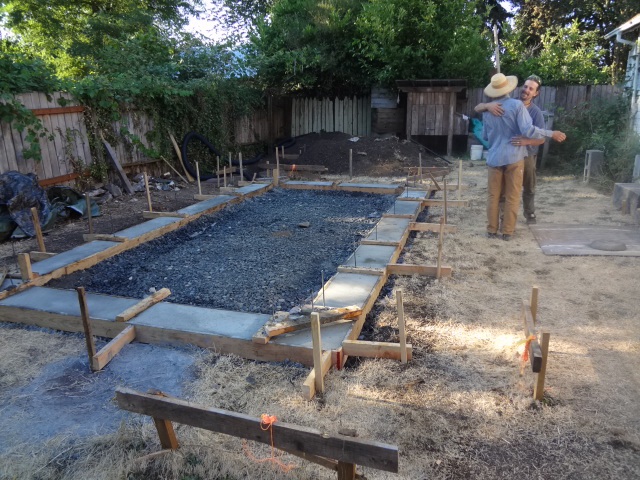 The scene the following morning. Happy to see each other and the concrete bond beam. 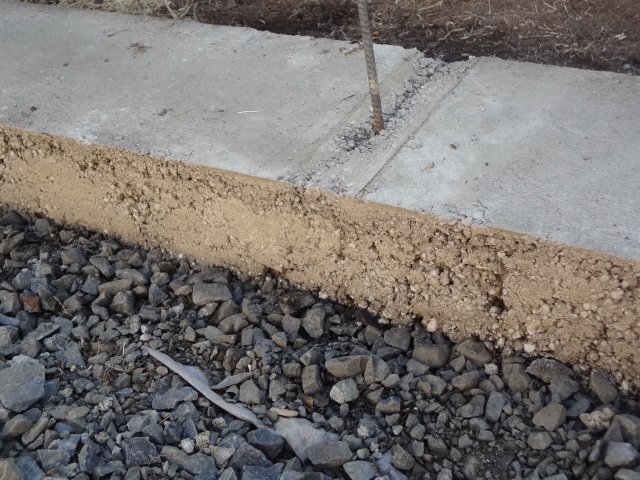 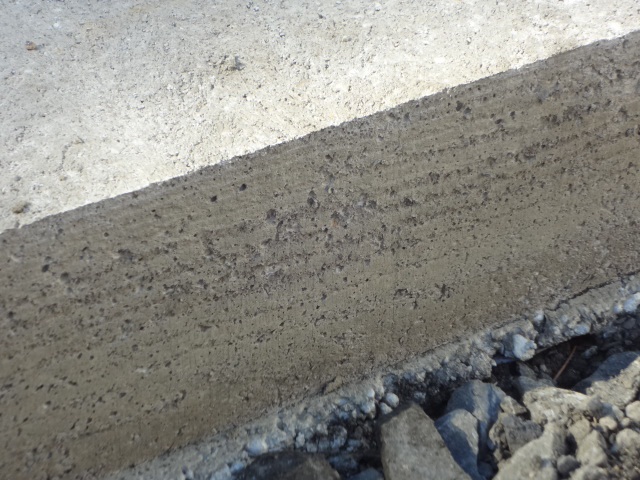 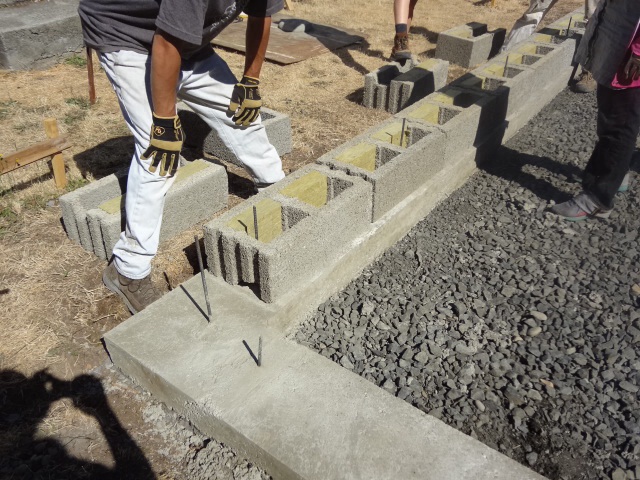 The first layer of Faswall blocks 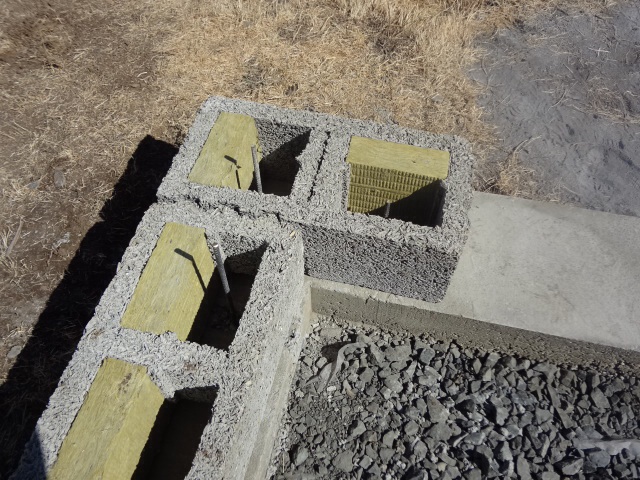 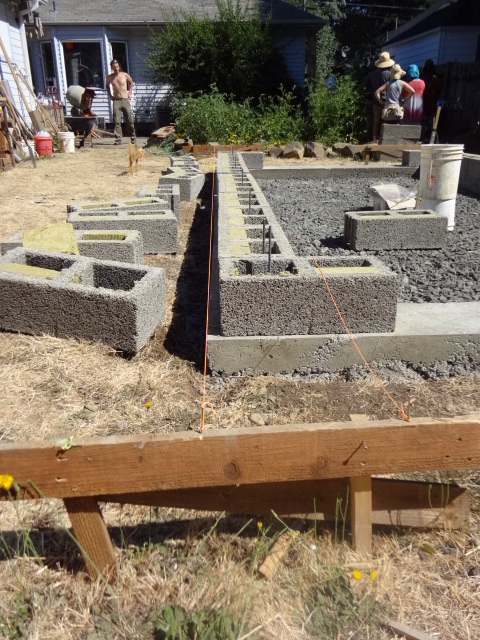 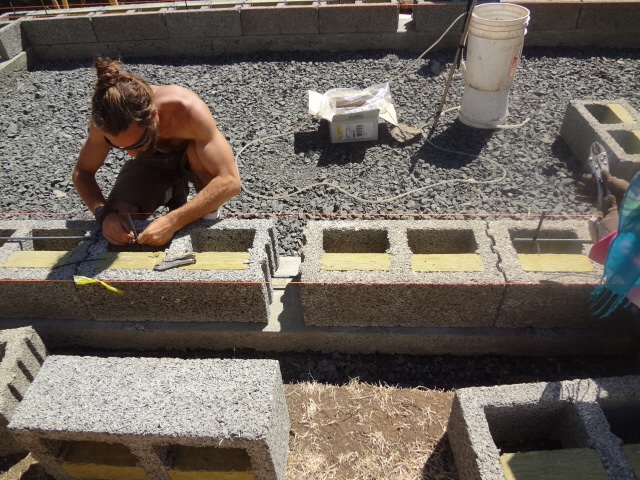 Laying down more horizontal rebar between layers of Faswall blocks 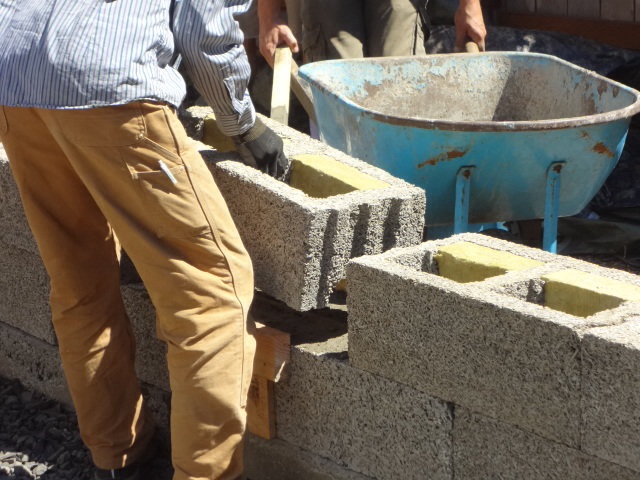 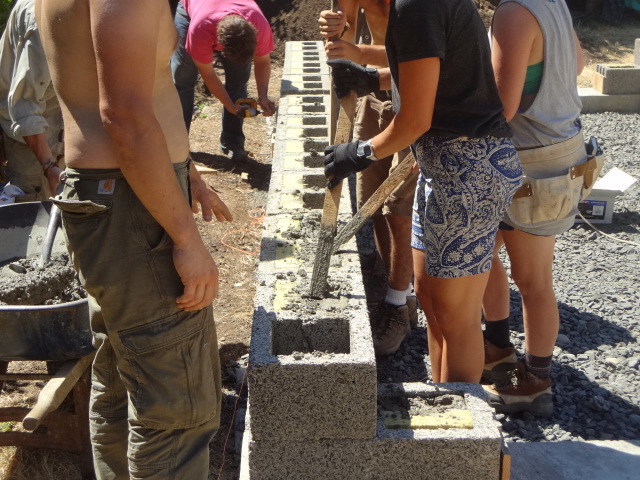 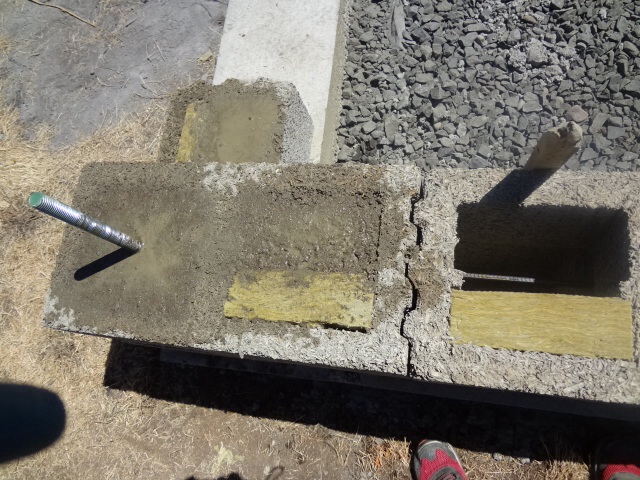 In the four corners, after concrete fills the first level of Faswall, a threaded post is placed into the middle of the corner, then concrete is poured to the top of the 2nd Faswall layer. The beam of the timber frame will be placed on this post. 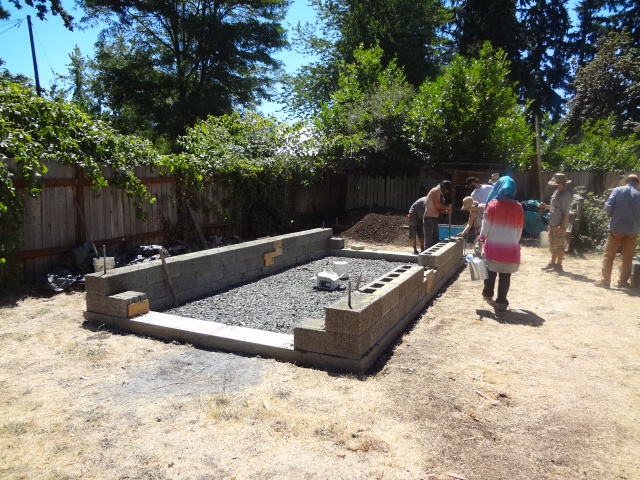 The completed Faswall block layers. The openings on the sides of the buildings will be filled with stones and leveled with the Faswall. Note the doorway has just one layer of blocks. 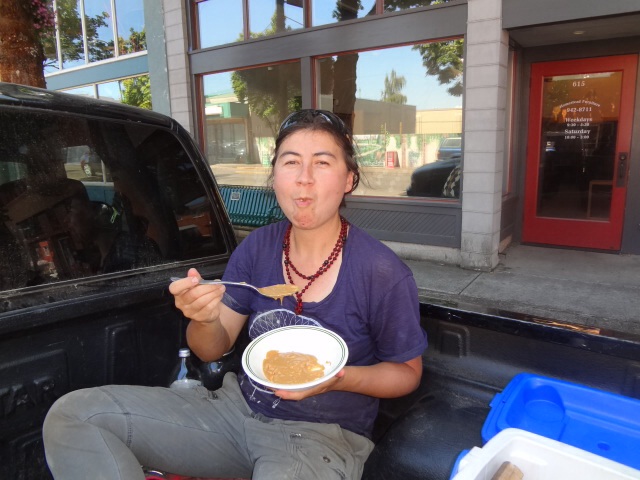 Riding home after work eating a bowl of peanut butter

And..that’s the end of the week!