There was a record-breaking heatwave here this week, with temperatures reaching up to 109 degrees. Since it was our first week working together, it took us a few days to get into a good groove, and it was challenging to work in the heat, but we had fun, learned a lot, and made good progress. Our instructor for the week was the all-around awesome guy Bernhard Masterson – aka “the Professor of Natural Building”. 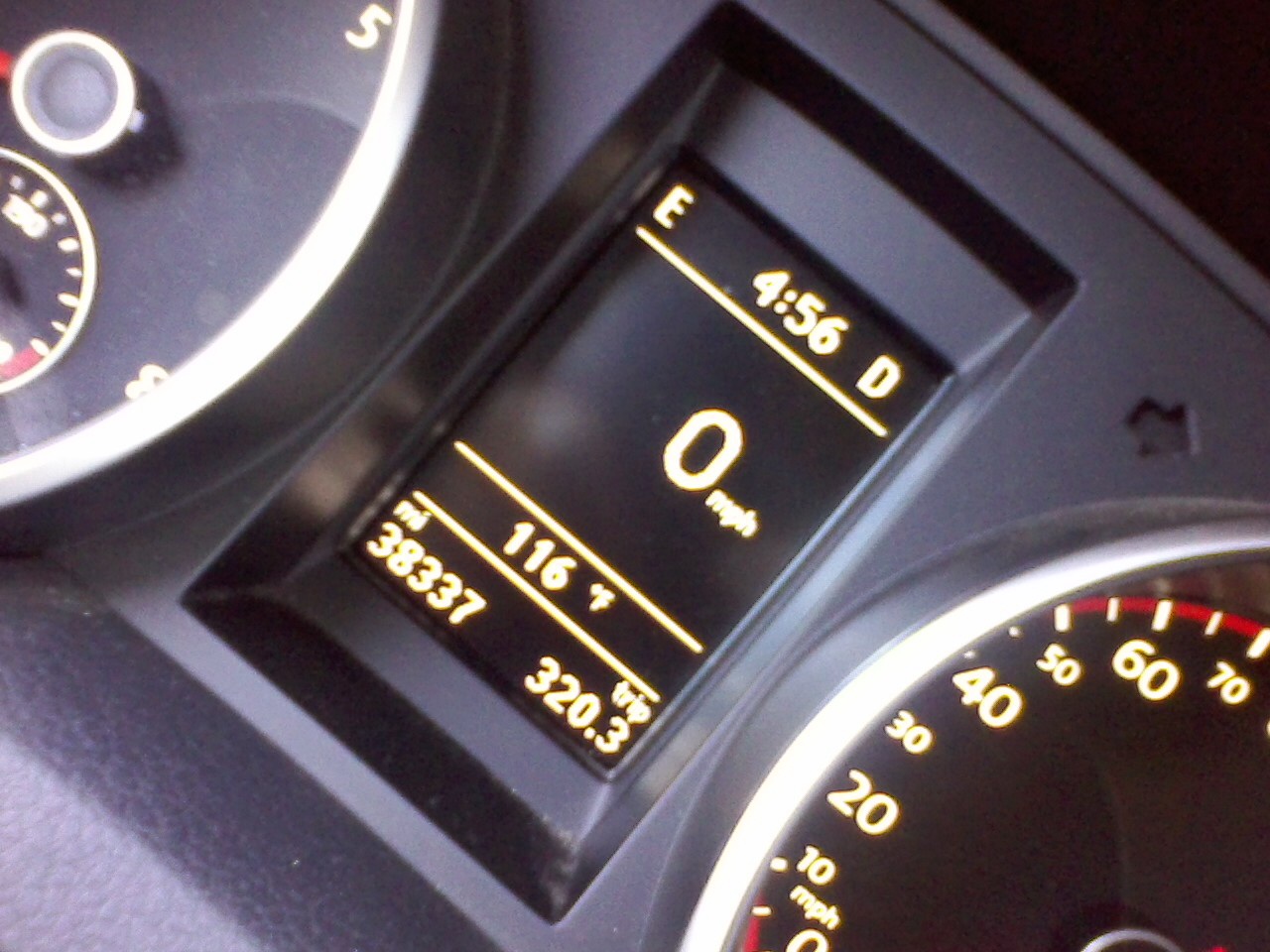 Now, about that foundation…
The shed will be built on a rubble trench perimeter foundation. (If you missed the building plan, you can see it here). We dug a perimeter trench, filled it with rock, and then poured a concrete bond beam 6″ high and 14″ wide on top of it. This approach is an attempt to build a structurally sound and long-lasting foundation, with a minimum of concrete. Atop the bond beam, we placed two layers of ICF’s (Insulated Concrete Forms). The ICF’s were produced by a company called Faswall here in Oregon. These blocks are composed of 85% mineralized wood and 15% cement and can be used in place of regular concrete blocks. On the two side walls, we left openings that will be laid with stone instead of Faswall blocks. This is primarily to give us some experience with laying stone.

My intention is to write up more detailed information on parts of this process later, but I’m trying to stay current with the pics and basic info. 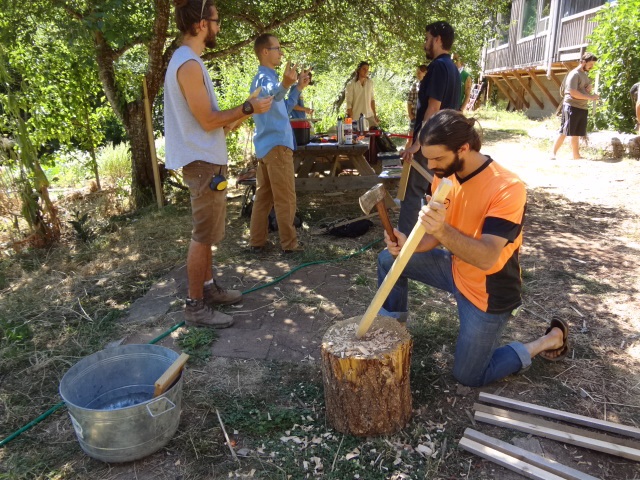 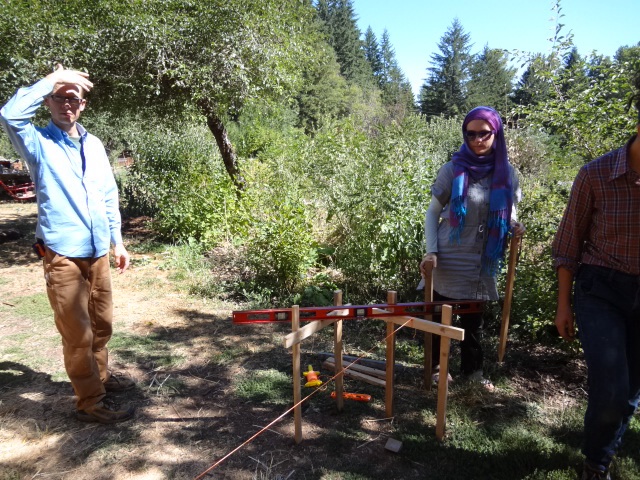 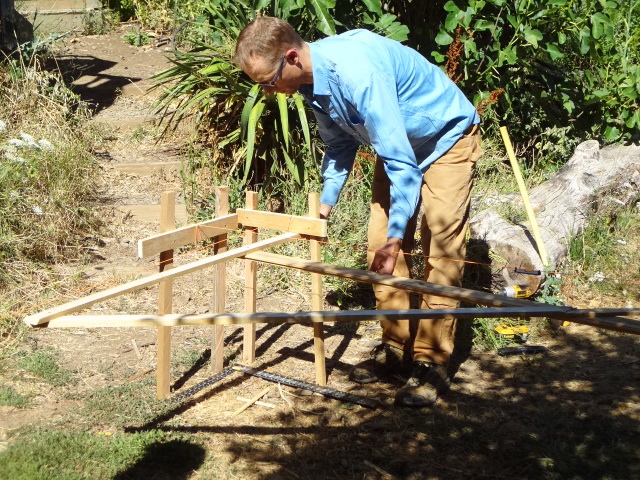 Checking if the strings are square 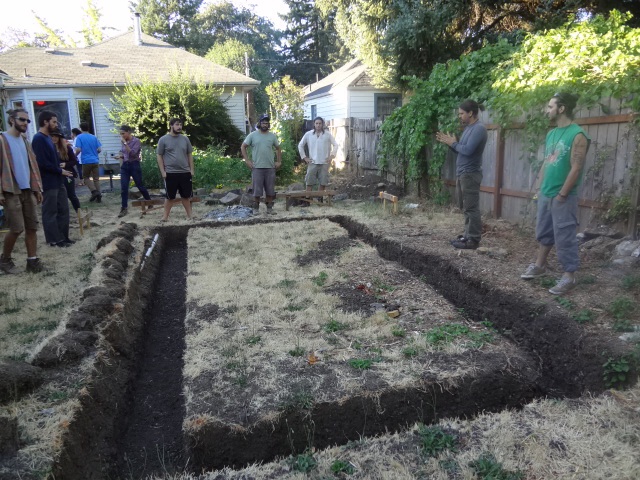 The trench, predug by course assistants. Thanks! 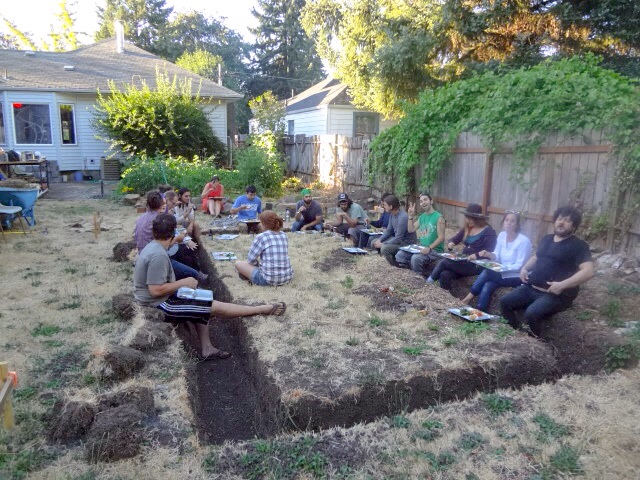 If at this point you decide the whole thing is going to be too much work, you can use your trench as a large dining table for entertaining friends. 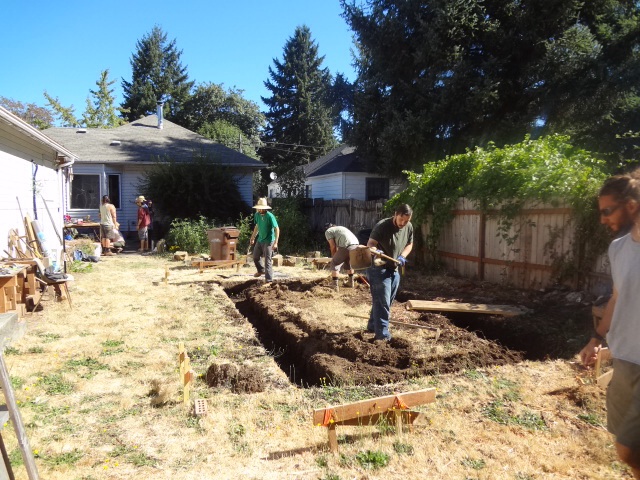 “Scalping” the grass off the soil 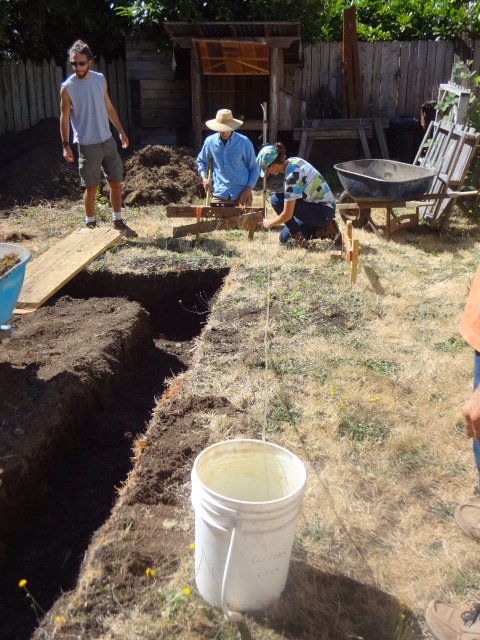 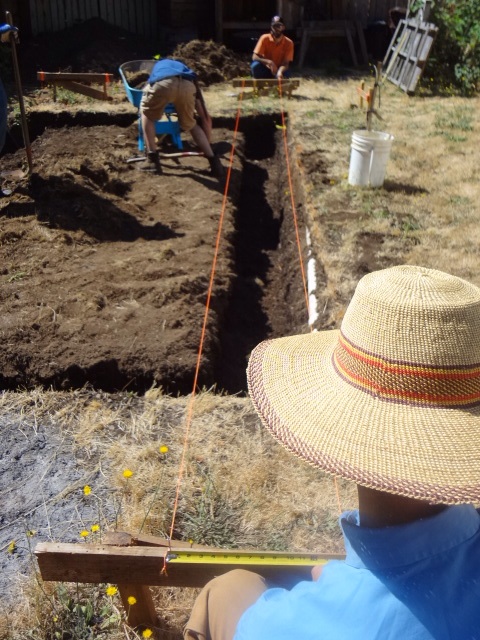 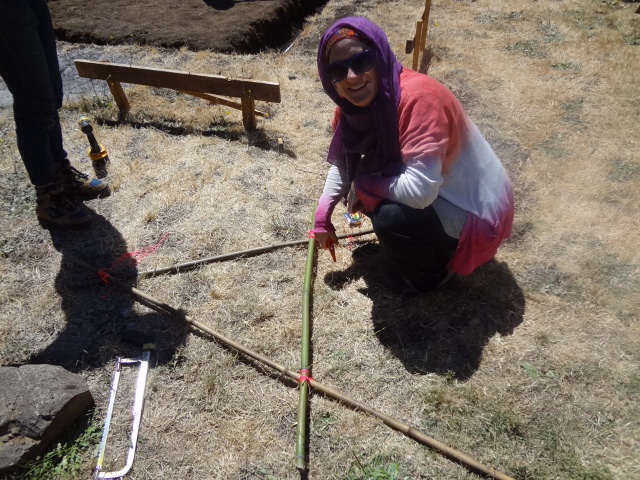 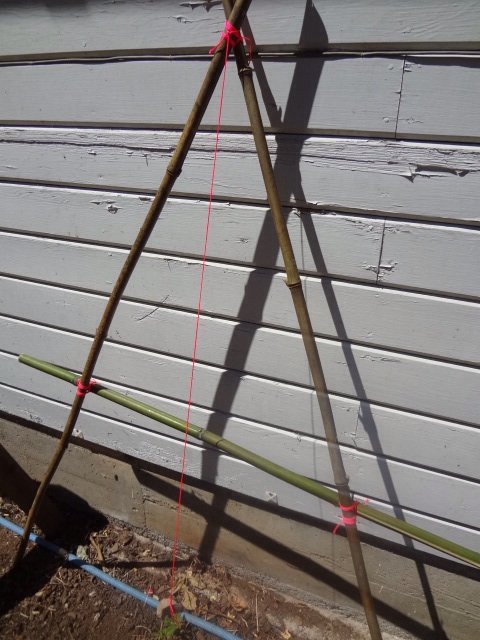 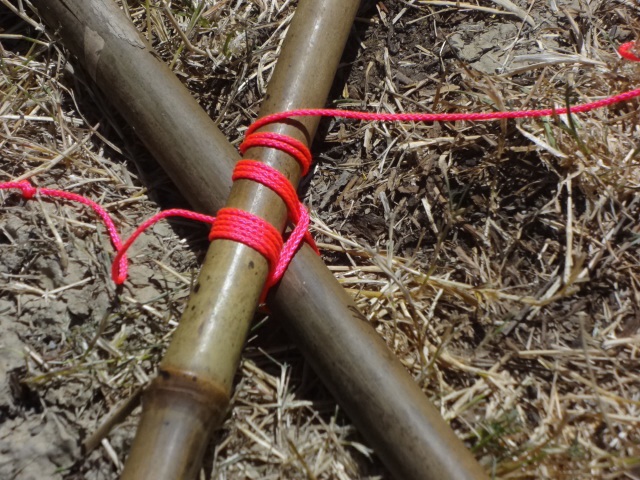 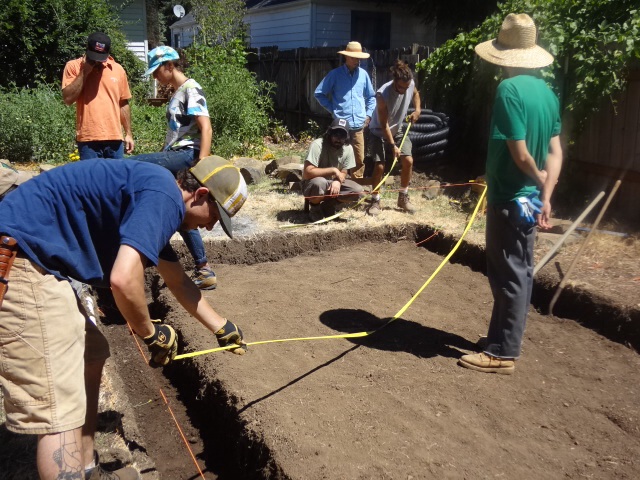 Squaring the strings with the 3-4-5 rule 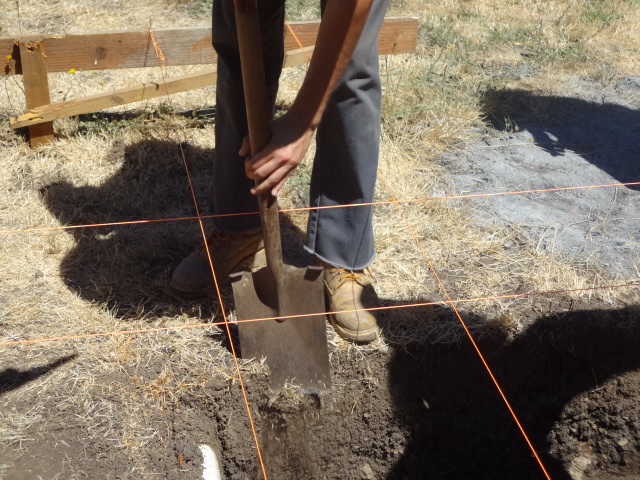 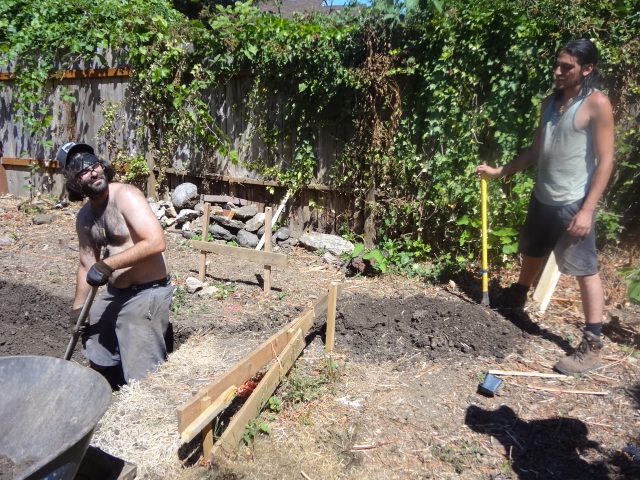 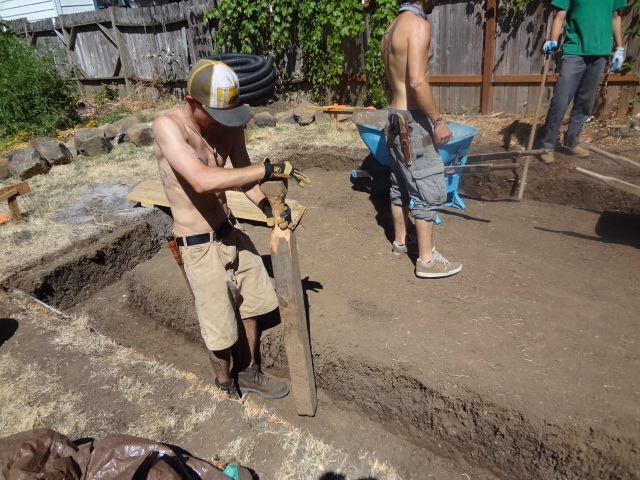 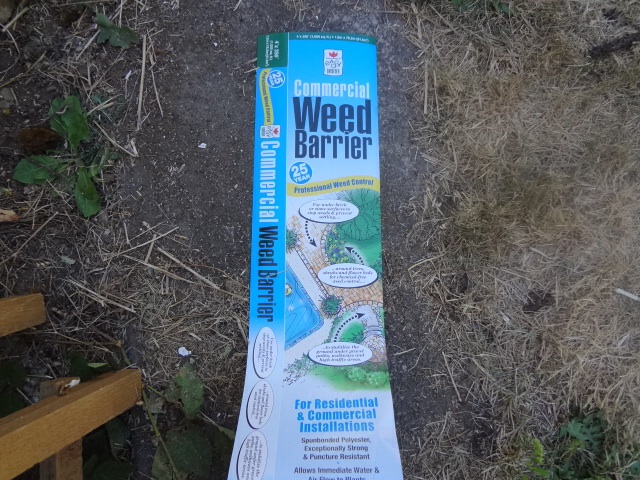 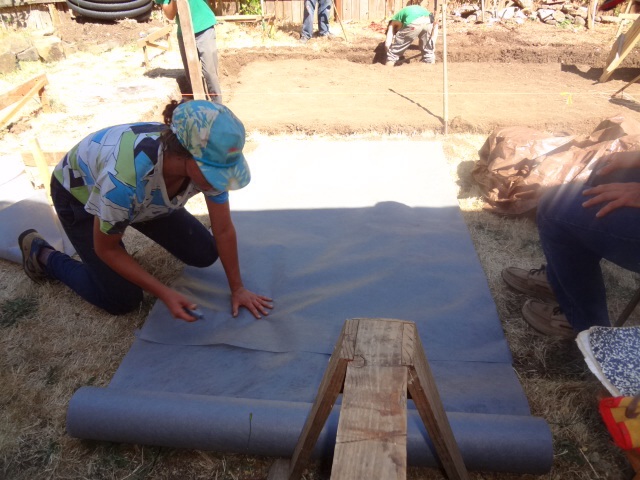 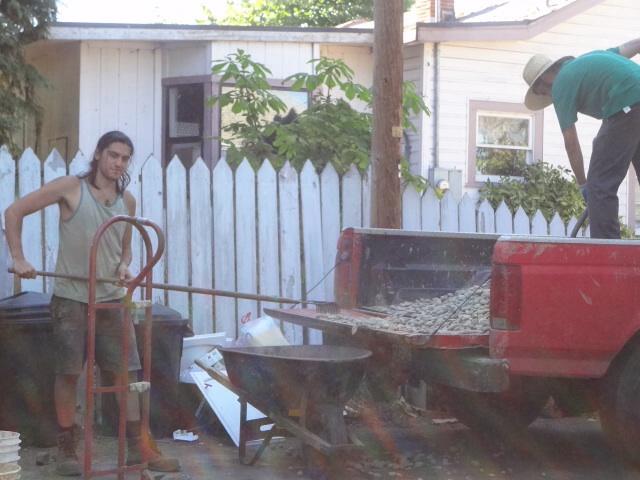 Unloading rock from the truck 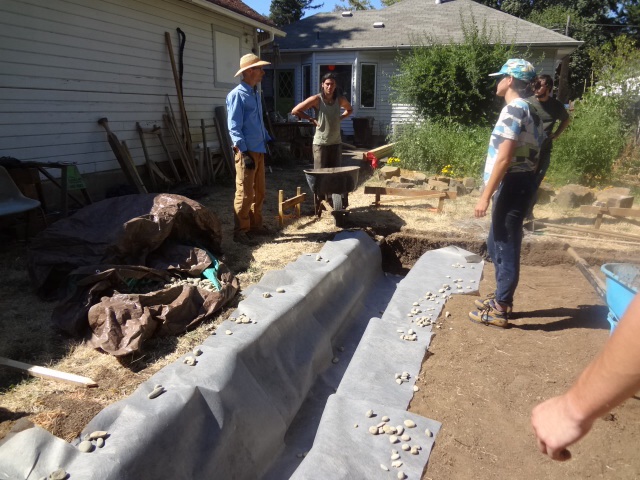 Trench is lined with landscape cloth, then 4″ perforated corrugated drain pipe will be laid at the base.

Pouring rock into the trench 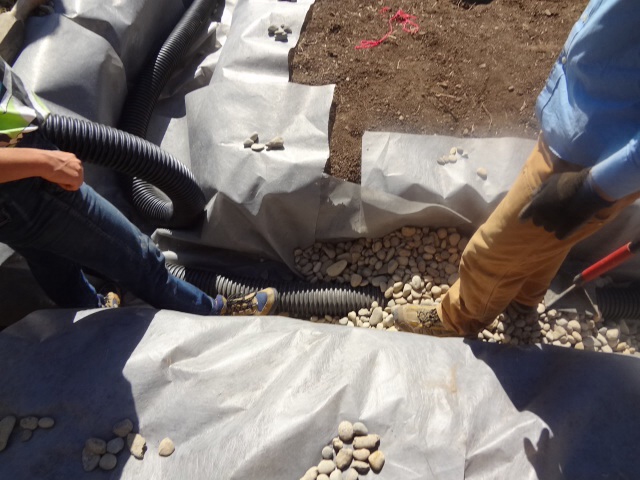 Holding down the drainpipe while pouring in the rock – important that the pipe doesn’t “float” up from the base of the trench! 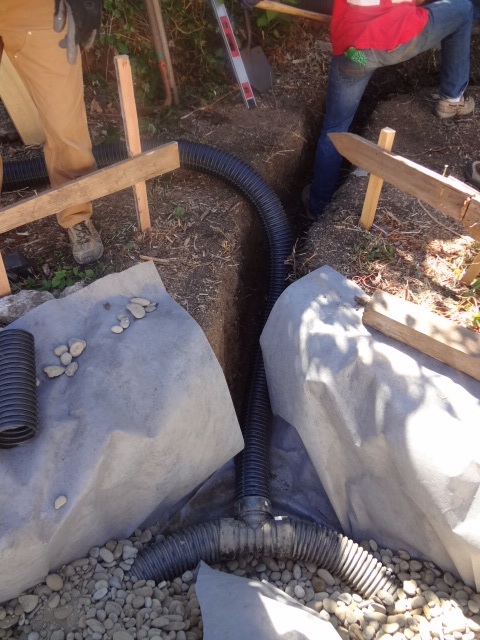 “T” connector connects two ends of drain to a third piece that exits to the dry well. 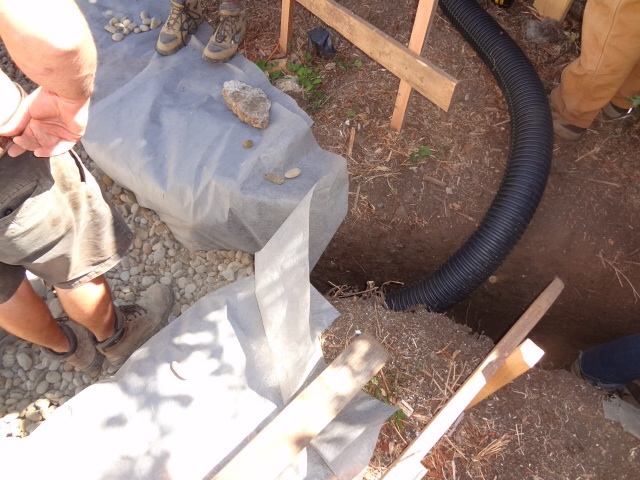 Drainpipe exiting the trench to the dry well. This part will be back-filled with soil (after wrapping the pipe in landscape cloth.) 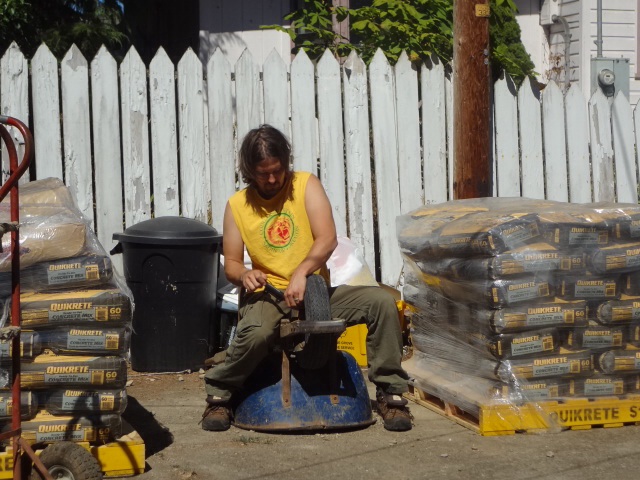 Keeping the equipment running : Pumping up the wheelbarrow tire 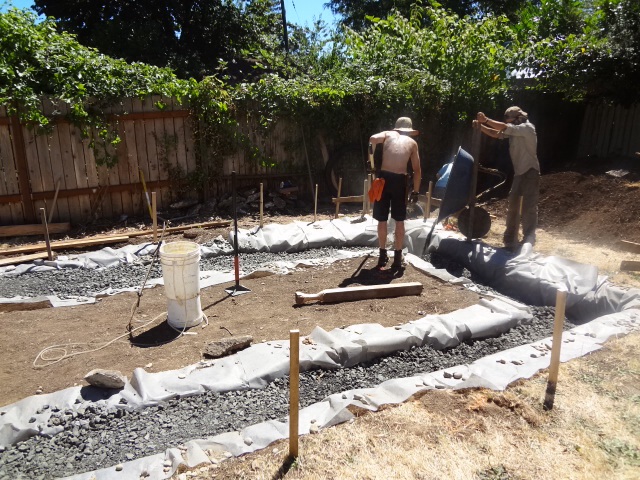 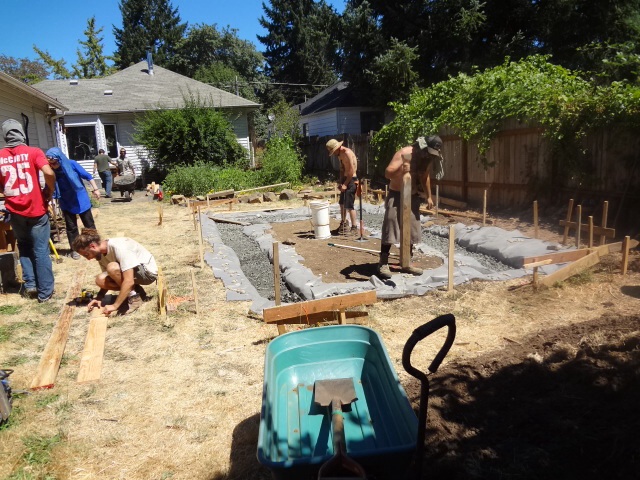 Afterwork…pizza party! The pizza was cooked on firebricks in the barrel oven. Not the ideal conditions for pizza – the air temperature in the oven got very hot very quickly, cooking the top of the pizza, while the bricks were slowly amassing heat and undercooking the bottom of the pizza. Probably it would cook more evenly on the rack in the oven. Anyway, it tasted good and the dog and chickens got some out-takes. 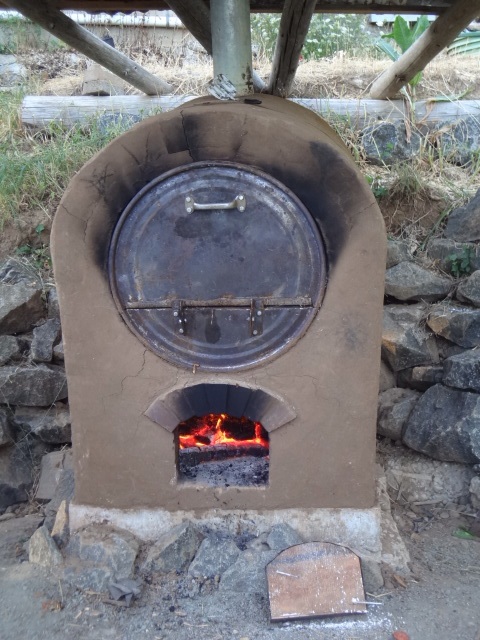 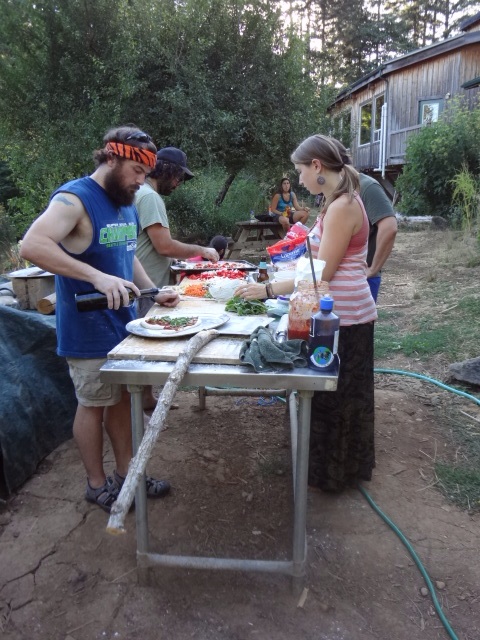 Making pizza in the barrel oven